After nine weeks and nine provinces, I left China on October 15. I spent the following week in Japan – a short vacation in Tokyo and at a ryokan in Hakone – before returning to the US on October 21. Just in time to vote early in my home state of Massachusetts (I was the first in my small town to vote on the first day of early voting in Massachusetts, October 24), before heading on to South America for the last two months of my sabbatical.

So now, settled in at the Hotel Ibis on the waterfront of picturesque Valparaiso, Chile, and gearing up for two weeks of statistics research with my colleagues Ronny Vallejos at the Universidad Tecnica Federico Santa Maria here in Valparaiso, and Hannah Buckley and Brad Case from Lincoln University in New Zealand, I thought I’d set down a few semi-final reflections about China. If you’re not into reading, though, you can skip over the text and go right on to my favorite photos from my time in China.

END_OF_DOCUMENT_TOKEN_TO_BE_REPLACED

It’s been just over a week since I published my World View, “It’s time to get real about conservation” in Nature. The response to this op-ed has been, at least to me, nothing short of astonishing and a bit overwhelming. Individuals have actually commented on it on Nature’s web page, it’s ricocheted around the Twitterverse, and I’ve gotten a handful of new followers and dozens of direct messages and emails thanking me for the catharsis (really!) of writing what others have thought about but haven’t been willing to say aloud, looking for advice on moving into conservation careers, and probing for ways to support conservation activism and activists. A few asked for additional background data, examples of biodiversity triage, and more suggestions for what to do next. So I thought I’d use some plane time between Kunming (China) and Tokyo (Japan) to provide a bit of background on the op-ed, give credit where credit is more than due, and to expand on some of the key points.

END_OF_DOCUMENT_TOKEN_TO_BE_REPLACED

I’m on my last week of nine here in China, and for new and unforgettable experiences, it’s been pretty extraordinary. It’s not everyday one is deliberately set afire!

END_OF_DOCUMENT_TOKEN_TO_BE_REPLACED

Last month, I wrote about a session Carri LeRoy (Evergreen State College) and I are organizing for next summer’s meeting of the Ecological Society of America in Portland, Oregon.

One of my Malaysian-Chinese colleagues once told me that “if it walks with its back to the sky” then it’s fair game for a Chinese table. The twice-daily walk through one of Kunming’s open-air markets between my hotel and the Kunming Institute of Zoology (KIZ) where I’m spending my last 10 days in China certainly supports her adage. It also should give one pause at the dinner table.

I got to Kunming two days ago, but you’ll still have to wait a bit to see photos of crispy-fried bamboo worms and grasshopper garnish. In the meantime, take a break from the three-ring circus that is the US elections, and enjoy these photographs from my last few weeks in Beijing. And don’t forget to check out my Best of the Best, with Beijing updates!

I’ve been in China for over seven weeks now, and as a people-watcher and photographer, nothing has caught my eye more than the panoply of three-wheeled vehicles meandering the roads. When I was a college student in the late 1970s studying Chinese, there were virtually no cars in China; just shy of 40 years later, BMWs outnumber bicycles in many Chinese cities, and the two-wheelers once pushed by peds on pedals are now mostly electrified. But through it all, the trikes remain, anachronistic work-horses that fill the gaps between bikes and BYDs, Vespas and Teslas.

I spent a few hours this afternoon—my last in Beijing before I move on to Kunming tomorrow morning—walking the streets and alleys, photographing three-wheelers, and reflecting on stasis and evolution in transportation systems.

END_OF_DOCUMENT_TOKEN_TO_BE_REPLACED

Perhaps the most inescapable aspect of being in China is the feeling one gets from being in a sea of over 1.3 billion people in a country the size of the United States (which has less than 1/3 of that number). It always feels like every last one of them is in the street at the same time I’m trying to cross it. Yet for all the traffic in its innumerable forms—cars, tricycles, pedal-powered and electric bicycles, donkey-drawn carts, and feet—going every which way at the same time, there are few accidents. The vehicles and pedestrians move at slow speeds and just seem to flow organically around one another in a Brownian dance.

But even more noticeable to a Western (i.e., US, European) eye than the crowds is the cultural tendency in China for people to do things in groups, often really large ones. The most noticeable are the groups exercising together on the streets and in the parks, but tour groups, school groups (all in identical t-shirts), and large family groups are everywhere and personal space—so important in many Western cultures—feels painfully absent.

And as a visitor here, albeit one who was invited to various institutions and is being supported by the Chinese government, this feeling is accentuated by the seemingly constant companionship (or in my more churlish moods, “handling”) of friends and colleagues who appear to manage effortlessly to fill virtually every waking hour of my days here with seminars, field trips, discussions, and meals—all activities that keep me en-grouped.

So while I’ve been in China, not only have I had to work hard find and make time for myself when I’m not otherwise sleeping, but I have also found myself looking for instances and examples of how people here carve out even small amounts of personal space. END_OF_DOCUMENT_TOKEN_TO_BE_REPLACED

The seminar storm has wound down – in the last 11 days, I’ve given 12 talks at 10 universities and research institutes in three major cities spanning nearly 2000 km It’s a new personal record for me that, despite the daily adrenaline rushes, I’d rather not repeat anytime soon. 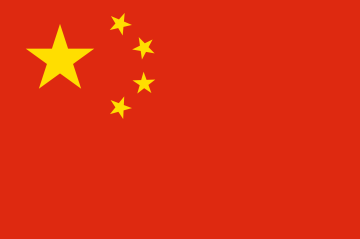 Since the beginning of this week, I’ve been based at the Chinese Academy of Science’s Research Center for Eco-Environmental Research (RCEES) in northwest Beijing, conveniently down the road from the Chinese National Science Foundation offices and more-or-less around the corner from Peking University. The skies have been clear, the taxi rides uneventful as I’ve shuttled to and from seminars at the Institute for Tibetan Plateau Research [2], Beijing Normal University [1], Minzu University [1], Peking University [2], RCEES [2], the food plentiful and interesting, and the friends and colleagues wonderful. And today, October 1, is China’s National Day, celebrating the founding of the People’s Republic of China on this day in 1949.