Although today is my last day in Singapore and I returned my rented bike 10 days ago, my series on biking in Singapore would be incomplete without recounting a two-day adventure across the island and back in search of and eventually on part of the Singapore Rail Corridor trail.

My intention had been to ride the Coast-to-Coast trail from West Coast Park to Coney Island Park (magenta line to the east in the map above) and then ride west to pick up the Rail Corridor at Kranji Road (the northern terminus of the blue line in the map above). But I couldn’t find the northern end of the Rail Corridor, my GPS kept trying to send me across the causeway to Johor (Malaysia), it started to rain, and the batteries on both my phone and my GoPro gave out, so I ended up heading straight south back to home base.

If you’re too busy to read, you can watch the videos here (Part I, Part II). Otherwise…

That loop—the ≈100-km magenta circle in the map—took a solid 8 hours, including sightseeing around Coney Island Park (which has nice boardwalks, but neither hot dogs nor rides), a couple of rehydration stops, and 20 minutes under a bus shelter out of the downpour. 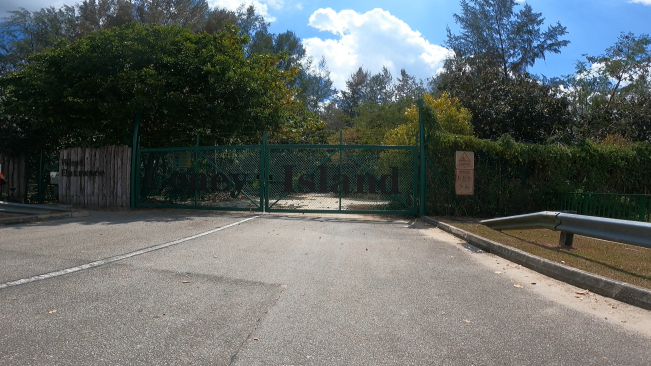 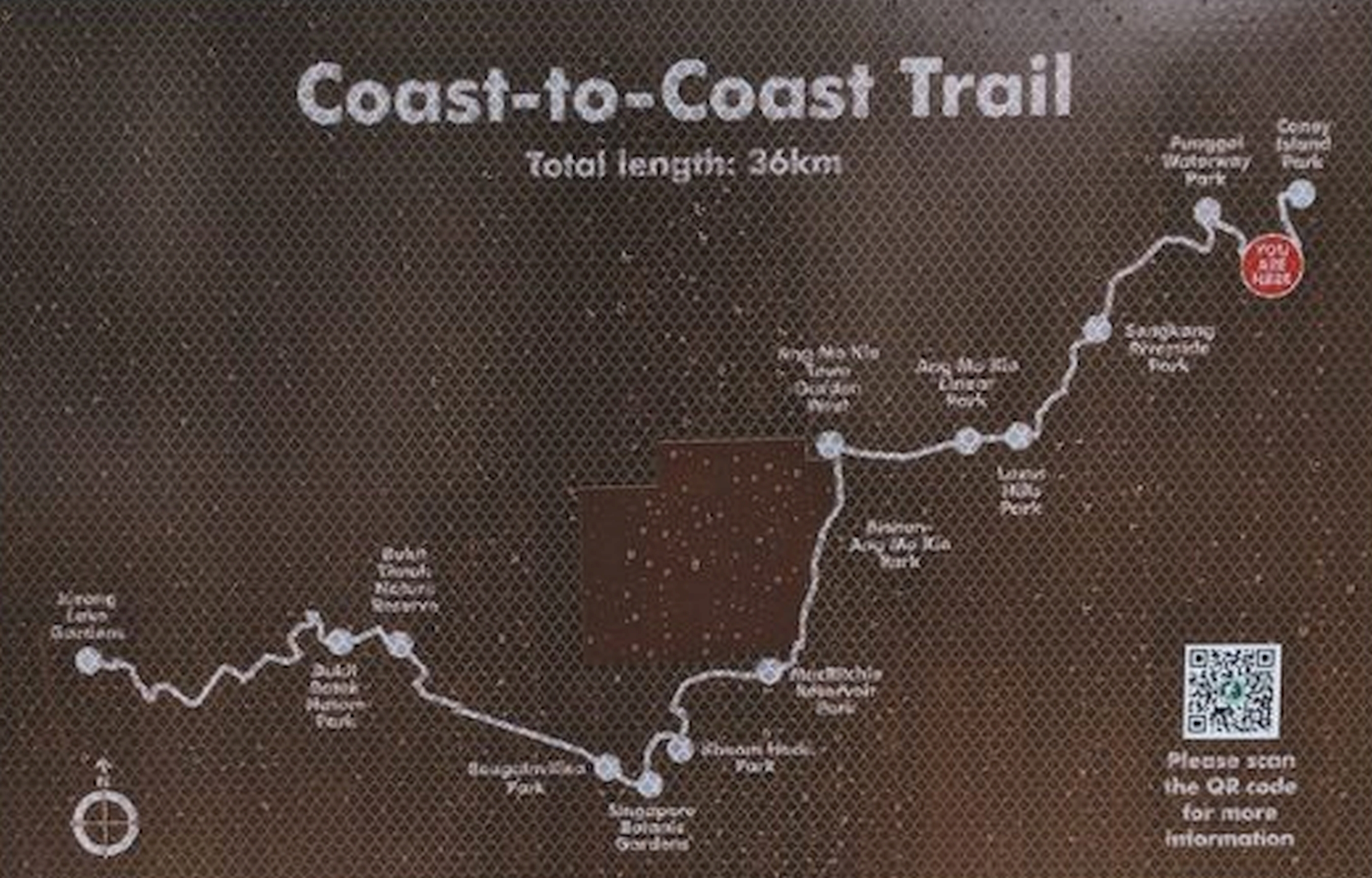 The 36-km Coast-to-Coast trail actually runs from Jurong Lake Park (about mid-way along my daily commute from Pasir Panjang to NTU), so I had been seeing signs for it every day. Rather than biking west to Jurong and then retracing my route back an additional 7 km to Bukit Batok, I could pick up the Coast-to-Coast trail at the intersection of the Jurong PC and the Ulu Pandan PC, and then continue northeast. Naturally, I assumed it would be on Park Connectors the entire route and that it would be easily followed. That assumption turned out to be entirely false. 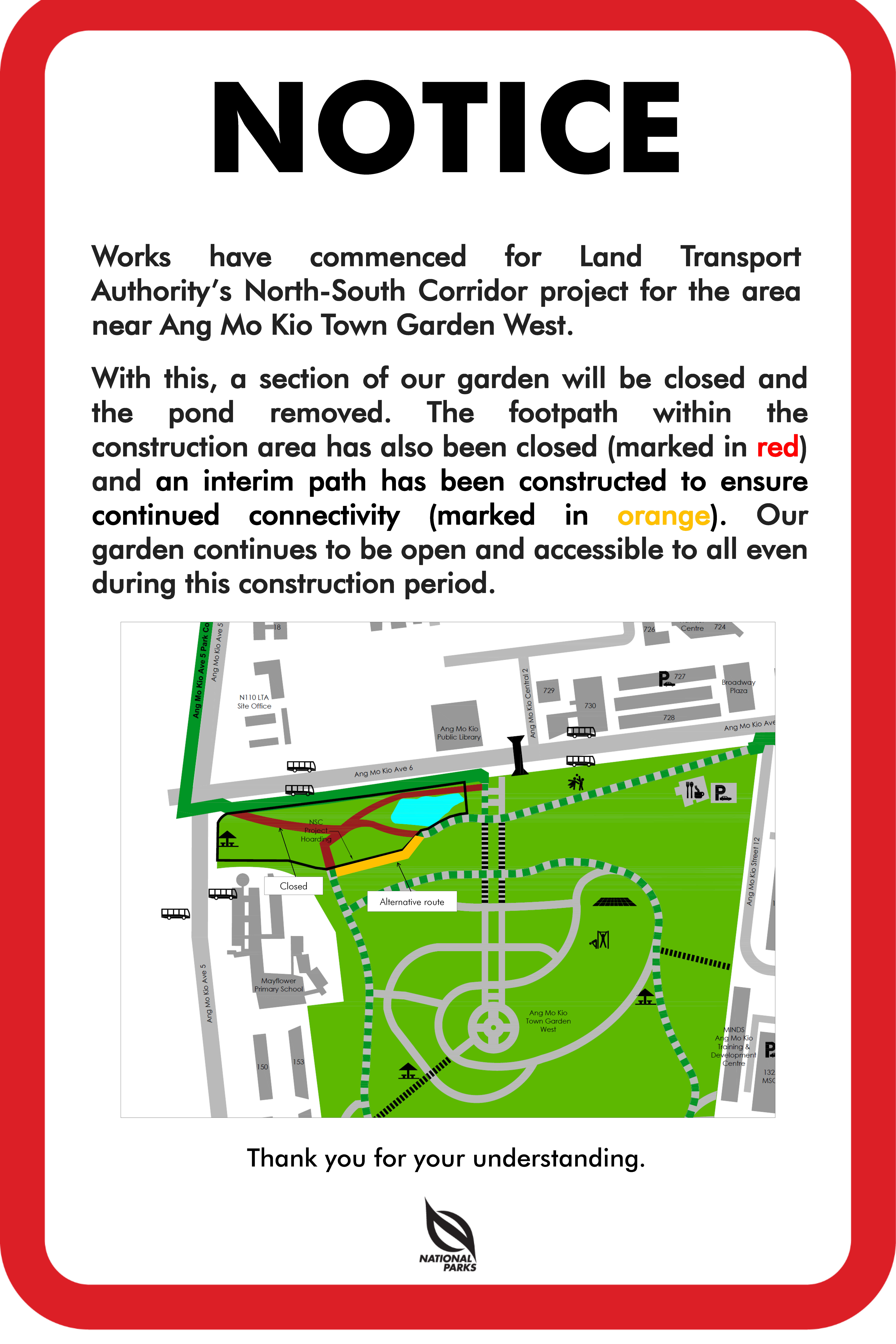 Although the Coast-to-Coast website helpfully pointed out a relatively small area of construction and suggested alternate routing, the reality was that road construction between Bukit Timah and Bougainvillea Park obscured the trail entirely and I ended up heading too far south and onto the Rail Corridor at the Bukit Timah Truss Bridge heading south. Once I got back on the road, I learned that the Coast-to-Coast trail is really optimized for walking and jogging, not biking. There are a number of staired pedestrian overpasses (including one that goes through an MRT station) and the PCN doesn’t yet directly connect between between Bukit Timah and either the Adams Road PC or the Ang Mo Kio PC (and the 2030 build-out map of Park Connectors suggests that connection may not be made).

Nonetheless, once I got north of Macritchie Reservoir and onto the Ang Mo Kio Park Connector, it was smooth riding all the way north along the Pungol Waterway and over to Coney Island. After an hour or so meandering the gravel trails there and enjoying the sea, I turned northeastward with the idea of picking up the Rail Corridor just northeast of Kranji Road and riding it a short 10 km south to Bukit Timah.

But that was not to be.

First, from the map it looked like it wasn’t too far to the northern terminus of the Rail Corridor. But in fact, it was a good 25 km (more than 2 hours with traffic and intersections). The rain started just as I got onto Woodlands Road, which should have dropped me onto the RC, but instead, it gave me a choice of continuing northeast into Malaysia (definitely not a good idea) or turning into a parking lot where the RC appeared to start (or end). But the parking lot was actually for a workers’ dormitory, the gates were locked, and it had started to drizzle.

Gate at Kranji dormitory, preventing access to the Rail Corridor

Back to Woodlands Road, I rode in circles for at least half an hour until I happened on a sign for the old Kranji Railroad. If my phone’s batteries weren’t as exhausted as I was, I might have realized that this was near an entrance to the RC, but they were and I didn’t, and it was just as well because the rain would have made the grass-and-mud-covered RC unrideable. So, I just pointed the bike south and rode until I recognized road names that eventually led me back to Bukit Timah, the PCN, and Pasir Panjang.

A short video recounts this first day’s long journey—the magenta line on the top map—turned out to be 25 km longer than expected and the longest ride I had done in 25 years.

10 days later—and the last day of my bike rental—I set out again for the Rail Corridor. This time, though, I decided to find it at the southern end of the northern section (near the Dairy Farm area). I retraced my route to Bukit Batoh, but then headed northeast on the Hillview PC until I got to the Hillview MRT station. I then turned on my Bikemap GPS and picked my way north until the GPS said I was on top of the RC.

Actually, I was 50 yards east of it, but I could see a small footpath leading from the sidewalk into the woods, so I followed it up and voilà! there it was. 8 km later I arrived at the Kranji RR crossing, continued on across the road, and in another 2 km, ended up on the other side of the locked gate. Success! 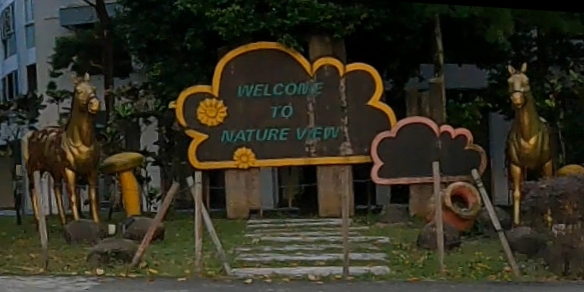 That day’s trip—shown on the blue line on the top map—was 50 km, a reasonable last ride. As you can see in the accompanying video, it was much more relaxing than the Coast-to-Coast-to-Coast haul and took full advantage of the heavy duty tires and shocks of the mountain bike.

Postscript. One week later, on March 22, three-quarters of the Central Section of the Rail Corridor—the 4 km between the Bukit Timah Truss Bridges—were re-opened to public access after two years of reconstruction. By the time I return to Singapore later this year or early next, the entire 24 km Rail Corridor should be construction and barrier free. I can’t wait!

One thought on “Dispatches from Abroad: Biking Singapore (IV) – In Search of the Rail Corridor”