The morning, not surprisingly for a dry desert at 3200 m, dawned bright and blue. Apparently the average 200 mm of annual rainfall here all falls during the monsoon season of June-July (into August). The rest of the time it’s dry dry dry.

I was awakened by a trumpet (recorded or live, I couldn’t tell) playing Reveille at about 05:00 to awaken the high school students for their morning calisthenics.

View from the hotel 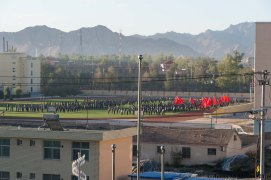 After a quick breakfast of steamed buns, boiled eggs, and fried dough, we set off for a short drive to a nearby valley; the road terminated at a Tibetan Buddhist monastery, where apparently the monks enjoy basketball.

We parked the car just outside the court, and started our walk up the valley to explore the junipers (Juniperus przewalski) treeline.

In this vast mountainous terrain, it’s hard to get a sense of scale. My initial perception was that the hilltop and treeline we were heading for was maybe 2 km distant.

Eight km from the monastery and more than 3 hours later, we reached the top.

The monastery was at about 3300 m asl. The base of the treeline was at about 3800 m asl, treeline was at about 4250 m asl, and the peak we reached before starting down was just over 4350 m asl (about 14,250 feet above sea level, or just under 3 miles high). The air was pretty thin up there, but the views were simply unbelievable (click on the thumbnails to start a slideshow of larger images). 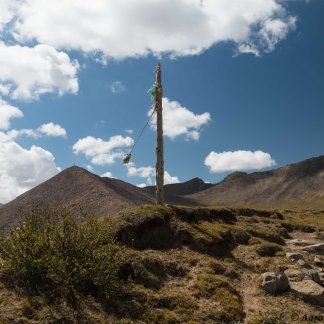 The summit where we stopped 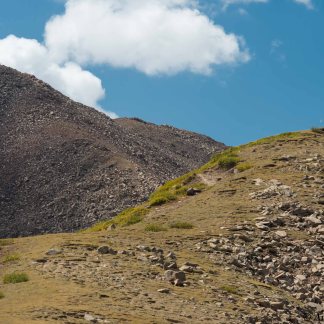 The next summit – 2 more hours!

Another valley for another time 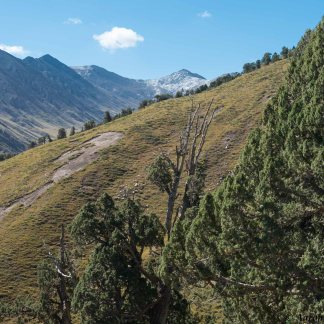 It’s always useful to look down, though, as the flora in this valley is widely known for its diversity, and the marmots were playing in the sun. 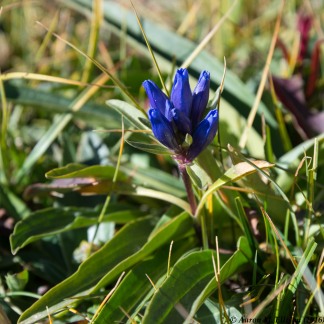 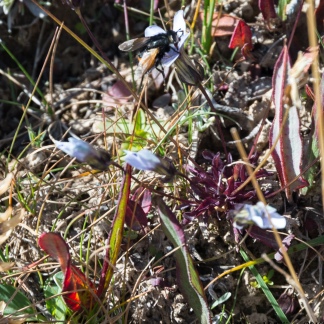 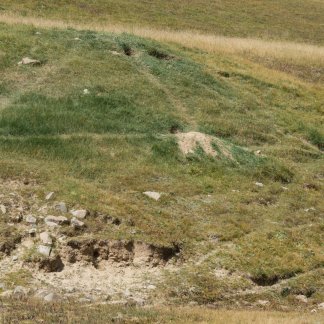 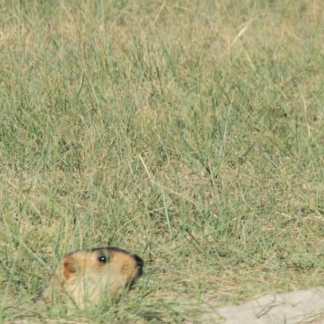 Two hours later, we finally reached the monastery again. All told, around 15 km of hiking, 1000 m of elevation gain and then loss, and about 5 hours hard hiking. Magnificent!

On the way back to Dulan, we detoured briefly off the road to view one of the Buddhist sky burial sites. This massif was distinctly different in size, shape, and probably geologic composition from the surrounding mountains. Not being Tibetans, however, we couldn’t enter the site, but even from half a km away, it was mighty impressive.