Well not really a first look, but my first for this trip and this blog.1 I left Xi’an mid-morning on Tuesday on a high-speed train to Beijing. The Xi’an high-speed train station (across town from the regular train station) is its own marvel. With more than 20 platforms, the whole complex felt a lot more like an airport—complete with security checks, x-ray machines, pat-downs, and gate-checks—than a train station, and it was easily as big as a standard international airport terminal, too.

The trains race across the country-side at 300 km/hr; depending on the number of stops, the journey from Xi’an to Beijing can take anywhere from 3.5 to 6 hours. Mine took just over 5, and arrived at each of the nine stations at which it stopped within 30 seconds either side of the scheduled time! 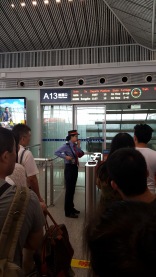 Arriving at the Beijing train station was, however, like stepping into another world. Beijing’s population is officially 20 million, but in reality has more than 30 million people living there. And they all seemed to be in the train station at once. I navigated to the South Exit (number 2 of 3), where I met my colleague and host for the next three weeks, Professor Liang Eryuan from the Institute for Tibetan Plateau (ITP) Research (Chinese Academy of Sciences). We got in line for a taxi, and headed into the outskirts of Beijing.

For my time here, I’m staying in what used to be the Ya-Ao Hotel, but is now the Best Western Olympic Stadium Hotel Beijing. It is conveniently located about a kilometer from ITP and two kilometers from Beijing’s Olympic Park, built for the 2008 Summer Olympic Games. The latter is a straight shot—albeit a 15-km one—south to the Forbidden City.

The Olympic Park is a great place to walk, run, jog, swim, or just gape at. The main features are the Bird Nest stadium and the Water Cube. A photo of the former is at the top of the page, and when it’s not in use for concerts or other events, it’s open for evening tours.

Olympic Park has at least 30 km of hiking/running/biking trails, and I’m planning to spend a weekend day sometime in the next few weeks exploring them…in between the half-dozen seminars I’m already scheduled to give from earlier this week through September 26 (so far… more seem to get added every day).

In the meantime, though, a man’s got to eat! And with 30 million mouths to feed, Beijing has a lot of restaurants. In my first four days here, I’ve had, among other things, classic Beijing noodles, lotus root stuffed with sweet glutinous rice, Wu Dalang’s biscuits (a Shandong staple that recalls the Song Dynasty classic The Water Margin, with its story of Wu Dalang, his wife Pan Jinlian, and his younger brother Wu Song), some nouvelle China-South America fusion (quinoa congee), and of course, Pe(e)king Duck! (click on any of the images to start a slide show, and then click at the bottom right of each image for a larger version). 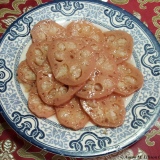 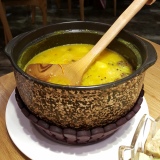 For the next eight days, though, I’ll be up on the Tibetan Plateau, so I plan to yak about yaks!

1My first trip to Beijing was in 2013. On that visit, I spent a week here, based in a delightful government guest house, located around the corner from the Forbidden City, at the end of an anachronistic hutong, in a compound that in the Ming Dynasty had been the quarters of the Emperor’s concubine. In between giving lectures at the Beijing Forestry University and the Chinese Forestry Academy, I  had the opportunity to visit the Great Wall, tour the Forbidden City and Tianamin Square, and see a number of other historic sites in the center of Beijing.